Is it really possible that the 2014 Angels have a worse record than the 2013 club, three games in? Apparently so, given last year's club managed to at least beat Cincinnati opening day. Some general thoughts: Time to clean house, I reckon. Mike Scioscia is Concerned: 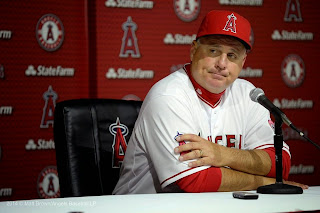