In case you missed it, McDonald's CEO died of an apparent heart attack, news that will come no doubt as welcome to that company's many detractors. Look out, hot dog vendors, you might be next on their list. And the Angels' old CEO, Michael Eisner, is about to get booted, with a flurry of no-confidence votes, the latest being a 72.5% vote rejecting the Disney President by the company's 401k shareholders. Well, there's a drawback of 401k plans.

Ken Rosenthal relays a report that Ben Weber's lost some velocity which he could ill-afford to lose:

A scout says of Angels RHP Ben Weber, "He has certainly gone backward. He's not nearly as sharp. He got away with some command mistakes in the past because he had a little extra something that last 10 to 15 feet. He doesn't have it now." Another scout says Weber's fastball is 87-88 mph, down from 90 to 92, giving him little separation from his slider. Angels pitching coach Bud Black says Weber's velocity is fine. . . .

Whatever, but his early outings sure make it look like he's out of gas.

An ulnar collateral ligament repair by any other name is spelled Tommy John, and Angel first-round draft pick Joe Torres will get very familiar with it, as he's taking the rest of the season off to recover from it.

"In Boise, his velocity was fine, 92-93 (mph)," farm director Tony Reagins said. "The following offseason, he lifted a lot, got bulkier and a lot less fluid. I think that's when his velocity kind of went away. He never got back to 91 or 92."

Reagins said Torres hit 89-90 mph at times last season, before the injury that now threatens his stalled career. But some pitchers recover velocity after surgery, and for all his troubles, he's still just 21. "If he's right, he's still a guy," Reagins said. "Health is always a question. For me, yeah, he's still a prospect."

Um, okay, but if it's true that Tommy John surgery ages a prospect five years without gaining him any experience, that's gotta be a bad sign. 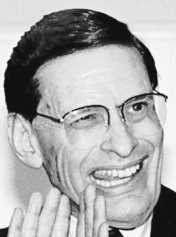 Thanks to Baseball Primer's Clutch Hits for the link.