MLB has announced there will, in fact, be a 2020 major league baseball season, which surprised the hell out of me. There will be a 60-game schedule, with opening day on July 23 or 24. The schedule will be optimized for in-division (regardless of league) play to minimize travel.

Rob Manfred is using this opportunity to annoy us with other stupid rule changes, including the runner on second rule for extra innings, which is un-American and probably a commie plot. Likewise, National League teams will adopt the designated hitter at home, which was an inevitability but is there some reason to think anything other than that a pandemic was a convenient excuse?

Update: The MLB regular season will be “delayed” by two weeks.

For the one person who cares (me, now), I finally cleaned up the sidebar of dead links, including duplicated links to now-defunct blogs, both at major newspapers (the LAT and OCR Dodgers and Angels blogs are now long-gone), and other cruft that has vanished over time. 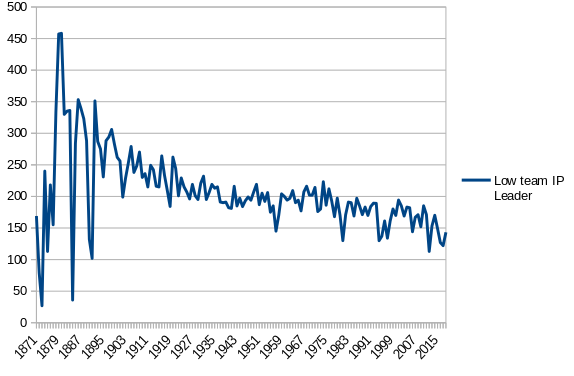 The End Of Dreams: Astros 5, Dodgers 1

If it is possible for the Dodgers to have a more ignominious end to their season, I cannot think of it. Battered in Game 3, Dave Roberts sent Yu Darvish out for second helpings in a win-or-die scenario; Darvish made it clear early that the second option was his choice. The Astros out pitched the Dodgers, whose offense never bothered to show up. Honestly, that was the team I watched through much of August and September, the hellacious losing streak that made you wonder which team would be playing in October.

Dylan Hernandez' LAT piece pulls no punches. I think he oversteps by claiming


The Rangers probably knew something. They probably knew he was as likely to perform how he did in this World Series as he was of ever realizing his breathtaking potential. Darvish made two postseason starts for the Rangers and lost both.

The Dodgers knew that too, but I suspect they were hopeful the better pitching environment of Dodger Stadium would attenuate those bad outings. Nevertheless, Dave Roberts leaving him in for so long was a critical failure; he had to be on a very short leash. Darvish got only two swings-and-misses total in the ten batters he faced, a bad sign that Roberts ignored. Not that it mattered with the offense failing; the two runs the Astros collected in that first inning would be enough.

So, congratulations to the now American League Astros, who win their first title ever for America's fourth-largest city. The Dodgers have their work cut out for them in the offseason.

Al Yellon a couple days ago posted a piece about MLBAM being sold to Disney in a $1.5 billion deal. The upshot of this is that every MLB team will get $50 million in cash off the bat, but it also suggests something else: MLBAM, which has been a cash cow for the league, is going away at the exact moment cord-cutting continues to be a problem for cable TV. There's something about this deal that reminds me of the Yankees getting out from YES Network, which now seems prescient: better to let someone else figure out how to sell those ad dollars, and take whatever they want off the top.

Along those lines, ESPN is now launching its own streaming service, which looks from the outside like a Pyrrhic victory. As Techcrunch explains,


"A streaming service, while it might attract sports fans who have cut the cord, won’t solve ESPN’s profit problems. Instead it will exacerbate them. Why? Because ESPN will continue to lose the millions upon millions of cable subscribers who pay for it but never watch it. Losing $7.21 from each non-watcher is going to be a revenue killer. There is no possible way the universe of sports fans who want ESPN can make up that revenue, even if they’re charged more for a streaming service."

(The above was quoted in the story text, but it's unclear from context who was being quoted. Edit: it's an excerpt of this Bloomberg News story.) This is a problem of long-standing I first noticed with the Dodgers and their cable TV deal; there's simply no way the insane TV rights deals stand up without mandatory bundling. Things are going to get tighter for everyone in this space, and soon.

Update 2017-08-23: One aspect of this that has bothered me from the beginning is the same sense I got when the Guggenheim Group bought the Dodgers for $2.1 billion, and that is that this is predicated on revenue streams that simply cannot exist in the real world. (Even my rough contemporaneous pencil test showed the Dodgers couldn't milk that stream for the kind of dough they were getting out of bundled cable deals.) I'll spend some time digging and see if I can get MLBAM subscriber numbers somewhere. Also, it's important to know for return-on-investment figures that Disney earlier bought 33% of BAMTech for $1 billion, so their total investment appears to be $2.5 billion for (effectively) the whole magilla, or at least a majority stake.

It appears that MLBAM as of two years ago had 3.5 million subscribers, though this LA Times article doesn't mention how many are MLB.TV subscribers. But assume that 90% of them are paying for MLB.TV at $112.99/year. That means revenues are

It's not implausible that they might be able to make money under this scenario, but it omits the costs of carriage for MLB, MiLB, PGA, and other content.

A Diffident Anniversary: Six Years Ago, MLB Ousted The McCourts

Six years ago today, MLB ousted the contentious and rapacious McCourts as the owners of the Dodgers. Their tenure as owners would be marred by problems with parking lots, and in particular, the problem Bryan Stow had. This would be a happy anniversary if not for the years-long fight over cable TV revenues that have thus far failed to materialize. The price of ousting the McCourts, apparently, was $2.1 billion, a figure largely hoisted on the now-obviously dim prospects of extracting absurdly generous concessions from a new cable TV network that thus far remains off the cable boxes of most Southern California fans. The math is so absurd, and so large are Dodger salaries, it is impossible to imagine this stalemate going on much longer, but the Guggenheim group seems set on their course. The one advantage of being out of market now is that at least I get to see the Dodgers. It is more than outweighed by being two timezones east, so the Blue finish most of their games after my bedtime. I can only hope my in-market friends get to see their team on the TV some year soon.